Archive of ‘Getting Traffic’ category 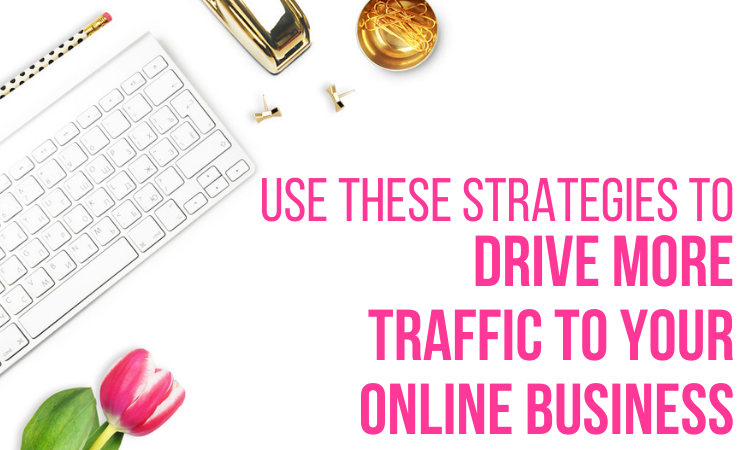 Are you looking for ways to drive more traffic to your online business? If so, you’re in luck! In this blog post, we will discuss some of the best strategies that you can use to achieve this goal. Traffic is essential for any business – without it, you will not be able to make sales or generate leads. So, it’s essential to take the time to learn how to increase traffic to your website.

END_OF_DOCUMENT_TOKEN_TO_BE_REPLACED 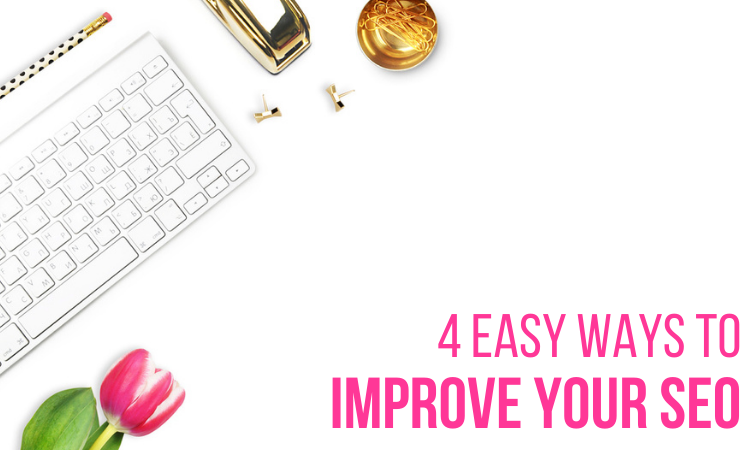 If you run a website for your business, you will probably have a good idea of how important SEO can be. Getting yourself into the top spots on platforms like Google can be incredibly difficult, often taking a lot of time and effort before you see the results you want to get out of it. Of course, though, you don’t have to work hard with this; you can work smart. This article will be exploring four of the easiest ways to improve your website’s SEO. These jobs can take as little as a weekend to complete, making them ideal for those with busy lives.

END_OF_DOCUMENT_TOKEN_TO_BE_REPLACED 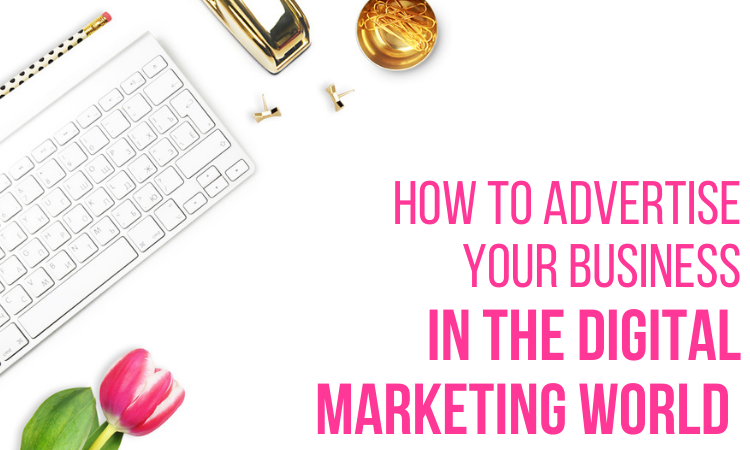 Keeping up to date with changing trends in the marketing world is essential if you want to appeal to as large an audience as possible. Digital marketing has become the norm for many businesses today due to the increasing number of users that utilize social media platforms now on a daily basis. So ensuring you make the most of these opportunities will be important for your business to remain afloat.

END_OF_DOCUMENT_TOKEN_TO_BE_REPLACED 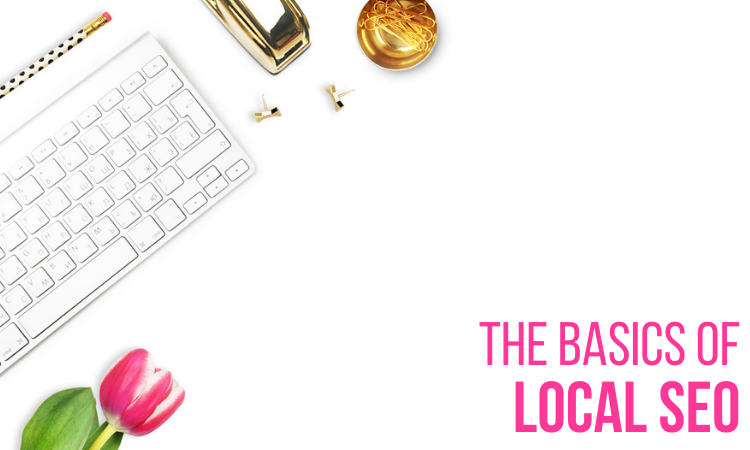 All businesses are local, even if they are also global. That is to say, your business is located somewhere in the world. Over the past few years, it has become increasingly obvious that a business needs to focus as much on its local advertising as anything else if it is to become successful. With the increasing focus on Search Engine Optimization (SEO) coupled with that local approach, it’s no great surprise that local SEO has come out as one of the primary means of boosting a business’ appeal.

END_OF_DOCUMENT_TOKEN_TO_BE_REPLACED 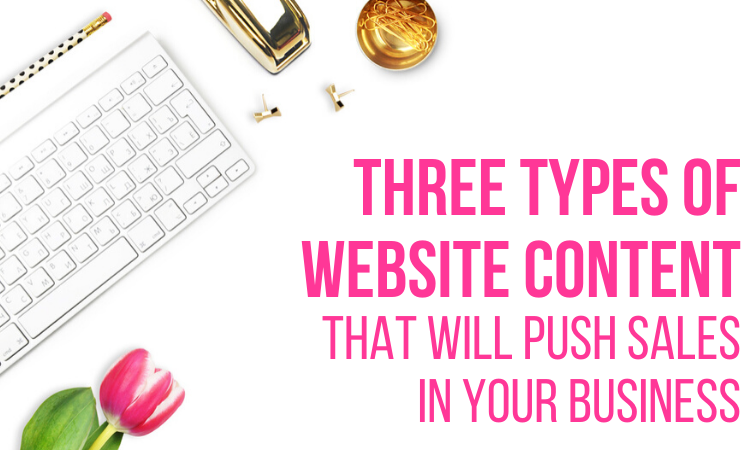 No matter what type of business you run (or are thinking about setting up), you need a website. This is especially true if you are primarily selling online, although offline business owners should create a website for selling and marketing purposes too.

END_OF_DOCUMENT_TOKEN_TO_BE_REPLACED 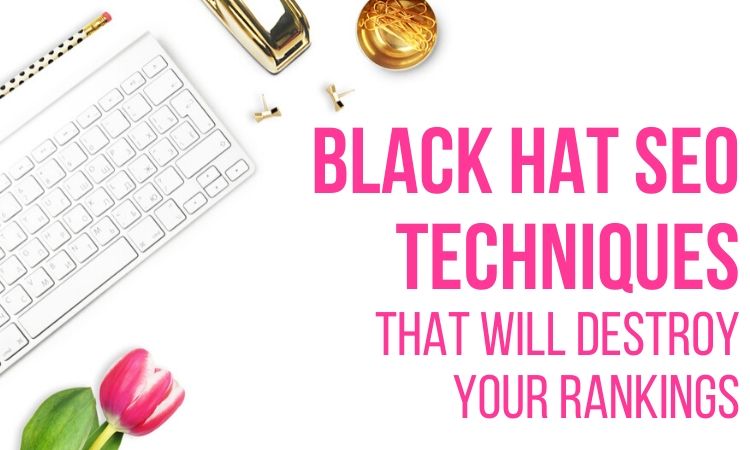 In the world of SEO, there are two types of activity: “white hat” and “black hat.”

White hat SEO is all the stuff that you do to improve the ranking of your webpages in keyword results that the major search engines allow. Activities that fall into this category include things like content creation, rich media creation, writing descriptions under your YouTube videos, and building organic followings on social media. In all these cases, the company legitimately EARNs traffic by giving users things that they want.

END_OF_DOCUMENT_TOKEN_TO_BE_REPLACED 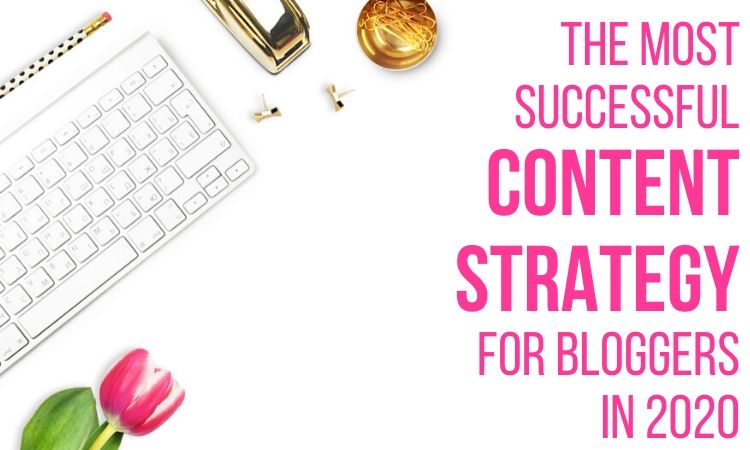 It’s impossible to ignore the importance of content strategy in 2020 if you are looking to grow your blog. A great content strategy that works to bring you an audience can have a massive impact on your business and can mean the difference between running a tiny blog as a hobby and being the owner of a successful high traffic blog that brings you monthly revenue, customers and a solid profit.

END_OF_DOCUMENT_TOKEN_TO_BE_REPLACED 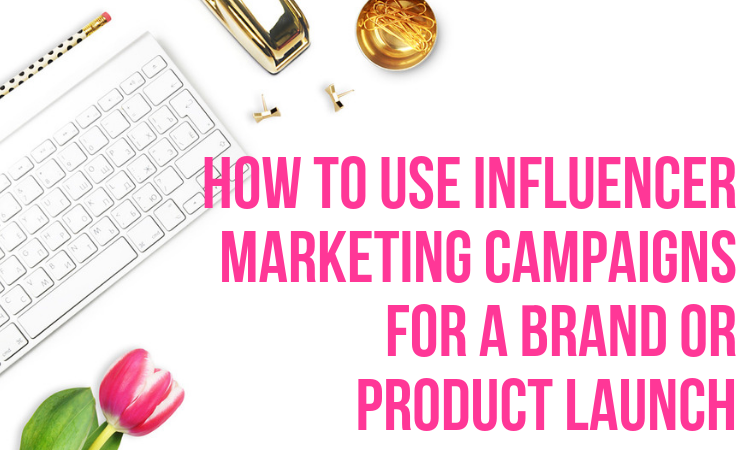 Before we talk about influencer marketing campaigns, here’s a bit of background. If you’re familiar with my blog, you’ll know that I recently talked about how to get “natural” backlinks to your website, by writing high quality content that people feel compelled to share with their own audience. That’s a great strategy, but of course it does take time to get that snowball effect – for your post to reach the right audience, and for that audience to write about, and reference, your original post.

END_OF_DOCUMENT_TOKEN_TO_BE_REPLACED 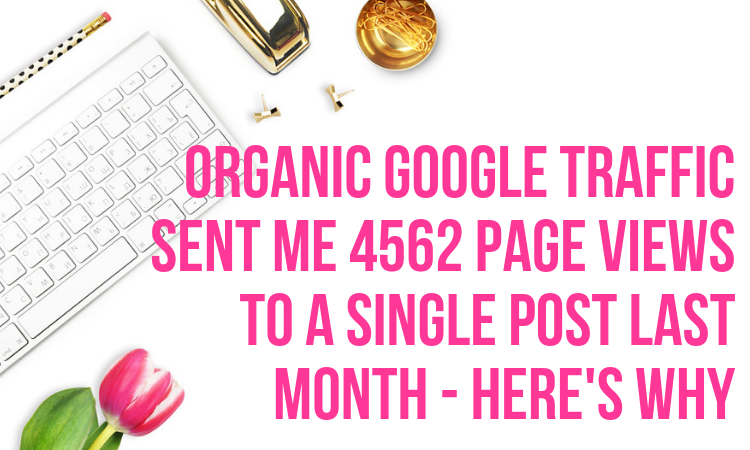 It’s been a while since I’ve done a traffic post, but on my consultancy website (LaurenLambie.com) I’ve achieved some really fantastic traffic lately so I wanted to write up a blog post to share what has been working for me – and how it can help you to. The reason I’m keen to share this is because there are no complicated SEO tactics involved at all so it really is something you can achieve yourself, even if you have a relatively new blog (LaurenLambie.com has only been around since 2016).

Please note this post may contain affiliate links. Please refer to my disclosure for more information.

There was a bit of number crunching involved here. You can see from the screenshot that this particular post (The 109 Most Popular Instagram Hashtags For Entrepreneurs) had 5849 views during that 30 day period, but I do get a lot of referrals from Pinterest (more on that in a bit). When referring to my analytics, I get around 78% of my traffic from Google, so based on that, we’re talking about around 4-5k page views just to that post, from Google. (i.e. 4562 if you assume 78% of those 5849 views came from google – it’s an assumption but it’s not far off I’d imagine).

Like I said in the intro, there was no huge SEO optimisation happening in this instance – I don’t spend a great deal of effort on things like link building to my website, for example. What I did do, however, was follow best practice. In other words, when I created that post (and all the other posts on that site) I played by the rules and created content that I knew Google would “like” (and by like, I mean that they would see it as good, authentic, high quality content).

Most of my knowledge there came from an eBook that I had read through (on recommendation) by Lena Gott, a blogger who’d managed to boost her traffic from 17k to 400k (per month) in just 10 months. I won’t list all her strategies here as it wouldn’t be fair – buy her book – it’s not a lot of money and well worth it – even applying 1 or 2 of her 21 strategies has an amazing impact on your traffic levels.

I will outline what I personally did that I think helped my SEO. Firstly, I wrote a blog post that people were already searching for. I had a broad idea that I wanted to write about Instagram hashtags, did my research on Google and Pinterest, and found that some of the most popular posts were all about lists of good hashtags. So that’s what I wrote about! It’ so tempting to just write about what you want to write about, but instead, write about the stuff your readers want to read. A bit of market research before writing a post goes a long way!

I also use Yoast, the SEO WordPress plugin, to make sure that my post scored highly from an SEO perspective – good use of keywords, good quality content, links etc. Yoast is a market leader – I’ve seen countless SEO experts recommend it. I’d say it’s a must-have plug in if you want to get any traffic from Google.

Lastly, I spent time researching and writing the post. I did the research I needed to find the relevant hashtags, and that’s valuable to people – when anyone reads that post I had saved them quite a few hours of their own research. The result? People are linking to my post as a recommendation. You remember at the top I said I don’t do link building? Well, I don’t actively go out looking for posts to link to my website, but people are reading my posts and linking to them because they’re relevant and valuable – that’s what Google wants. The lesson here? Don’t try and play the system. Always do what Google wants you to do if you want Google to send you traffic.

Now, there was a time, not so long ago, when Google wasn’t really sending me any traffic for this post, but I was still getting a lot of views to it. Most of that traffic came from Pinterest, and it’s no coincidence that it’s one of my most popular posts on Pinterest, or that – as of the time of writing this – it has over 3000 social media shares. Here’s a screenshot:

I think this has been incredibly useful to Google when they are trying to determine whether they should rank my content. And that’s one of the reasons why I use Pinterest. Sure, the traffic from there is good, but Google traffic is great, and one seems to boost the other. Pinterest is me making a long term investment in my blog posts, making sure they get consistent traffic, month in, month out. And should something bad happen to Pinterest, I will still get the traffic from Google.

Now, don’t just stick a pin on Pinterest and hope it sends you traffic. Unfortunately, it doesn’t work like that (I can testify to that; I’ve used Pinterest for years but it’s only in the last 2 years it’s really sent me traffic – because I’ve had a proper Pinterest strategy in place. Again, much too much to talk about in this post but that strategy came from a blogger called Carly who writes the blog Mommy on Purpose – you can purchase her eBook here (side note: before reading her eBook I took a far more expensive, premium course in Pinterest, but read Carly’s eBook after it was recommended multiple times – the expensive course – which I won’t name – allowed me to start seeing a few hundred Pinterest referrals – but Carly’s eBook turned that into thousands).

What Traffic Lessons You Can Take Away From This

Recommendations For Boosting Your Traffic

I’ll link to those two eBooks again. I’ll also link to a couple of good posts on this blog which you can read that cover different aspects to SEO.

An SEO expert talks about link building in this post: How one website got 60k visitors from Google – A Link Building Strategy Case Study

A basic SEO post for the complete beginner: Do You Ignore SEO? This Blog Post Will Change Your Mind 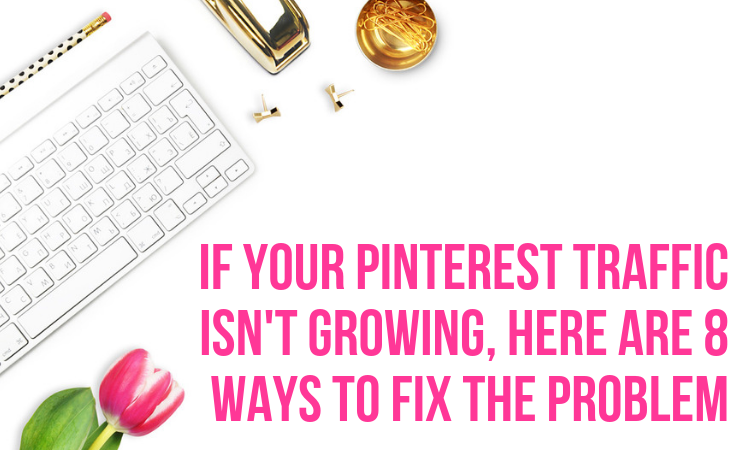 Pinterest has been an amazing traffic source for me. But it’s also been a source of woe. I’ve seen first-hand how quickly Pinterest can help you get a surge in traffic, especially on a blog that’s really just ticking along and not showing much growth (despite your best efforts). But I’ve had a lot of experience of my Pinterest traffic stalling. It just flat-lines. And then I’m left wondering – what am I doing wrong? And while I’m at it, why is every blogger on the planet getting hundreds of thousands of hits a day on Pinterest and I’m not? (Actually, those sorts of numbers are rare, but it’s easy to get into that sort of mindset when you read other success stories).

END_OF_DOCUMENT_TOKEN_TO_BE_REPLACED

© Copyright From Corporate To Career Freedom 2023. Powered by WordPress. Designed by BluChic